Every blessing to my friends, supporters, & loved ones for 2020 & the new decade.

As for me, this is the year/decade of freedom & fruition. It’s time.

Thank you for stopping by.

I hope you’re having an inspired week so far!

Have a blessed day and remainder of your week, everyone.

Remember: you can do it afraid. That’s COURAGE. 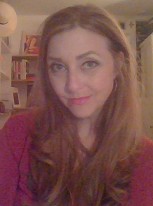 This one thing alone will change your life for the better. Get around people who believe anything is possible and will help you make it happen.

Blessings and have a great weekend… 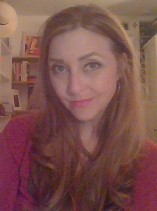 Have an amazing week, everyone!

Have a blessed week!

I’ve been coaching professionally for long enough now to notice certain similarities in the kinds of people who seek out, and hire, a life coach. Again and again, these patterns emerge. I find it inspiring and encouraging and it fills me with joy to work with these courageous souls. I see such a spark in them, an aliveness and awakeness, even if and when they’re going through challenging times. I’ve notices many traits, but here are 5 that stand out to me most…

HIGH LEVELS OF SELF-AWARENESS. Unlike many people who drift through life without considering how their choices impact themselves or those around them, people who hire a life coach notice things, especially their own behaviours and the behaviours of others. In fact, the behaviours of others cause them to take note and self reflect, to consider that perhaps the reason they notice certain patterns in others is because they possess those traits themselves.

SELF-HONESTY. They are also likely to be gut level honest with themselves because being authentic tends to be one of their highest values. They are big on keeping it real, both with themselves and with others. While others may notice things within themselves that need work, and are content to carry on as usual and try to push through (even if their continued way of doing things doesn’t get them the results they want) those who hire a coach have gotten to the point of taking action.

COMMITMENT TO PERSONAL GROWTH. They tend to be seekers who are continuously asking “why?” questions, wanting to know how things tick, including their own inner workings. They read books and articles on a vast array of topics, listen to podcasts, watch videos, attend events, and are always on the quest for greater understanding and awareness in order to grow. That awareness often leads to a…

WILLINGNESS TO OWN UP. Rather than make excuses or play victim, people who seek out a coach very often want to address whatever part they’ve played in the challenges and difficulties they’re dealing with. They are not afraid to state what they’ve observed in themselves and then to get on with the difficult, yet rewarding, process of changing what needs changing.

WILLINGNESS TO CHANGE. They have a strong willingness to make changes, no matter how difficult it may be in the short-term, knowing that the changes they make now will benefit them, and others, for a long time to come in the long-run.

OUT OF THE BOX THINKERS. They are most often people who are unwilling to accept the status quo or the answers they’ve been fed by others. They want to know for themselves. They tend to question things that others readily accept and to explore life more deeply. They bring new ideas to the table, regardless of what “everyone else is doing.” While they struggle to find the balance between being accepted and authenticity just like everyone else, they’re willing to do whatever it takes to be true, rather than to be popular.

Not to say that people who haven’t hired a coach don’t have these qualities, but there’s something about working with another person to move forward that keeps a person more focused, accountable, and committed to what they want their lives to be about. And it’s often people who have the above qualities that seek this out rather than trying to go it alone.

If these qualities sound like you and you’d like to book a session with me, you can click here to set up an appointment and we can have a call to see if we’d be a good fit for a coaching relationship.

Wishing you the courage to change the things that need changing.